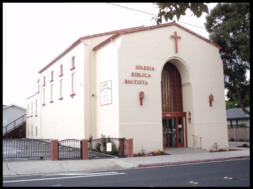 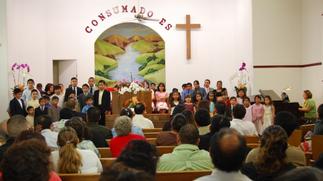 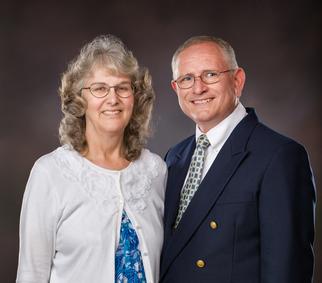 ​In 1976, Rick and Shirley were accepted by Gospel Fellowship Association as missionary candidates to Spain. While they were studying the language in Madrid, they helped a military church and visited Spanish churches. Then they worked as interns in a mission church in Jativa, Valencia, filling in for a missionary on furlough. Later they established mission Bible studies in surrounding cities and planted a church in Rota.

After their furlough in 1989, the Armstrongs began working with Dr. John Mincy to reach Hispanics in California. The Iglesia Biblica Bautista de Antioquia grew from one family in 1989 to about 70 believers in 1994. The Antioch Bible Institute was established as part of the church. The Lord provided a church building and enabled the church to pay for it in two years. Mission outreaches have been started in several locations, and churches are now established with Hispanic pastors in Sacramento, Pinole, and Watsonville.

Rick completed a Master of Ministries program at Bob Jones University and received a Doctor of Divinity degree from Puerto Rico Baptist College.  He also teaches Master of Ministry courses in Mexico, Peru, and other Spanish-speaking countries, while representing GFA as their coordinator of Hispanic ministries to help churches reach the Hispanics in the USA, and establish other Hispanic churches.

Rick and Shirley have been a part of the Manor Baptist Church missions family since 1996.